Two disks.  One here on this terrestrial ball and one billions of miles away in a satellite hurtling into deep outer space as you read these words.  Both disks are made basically from gold and copper and both are engraved with signals of what we value and observe as significant in life.  Both disks may surprise and reveal many things! 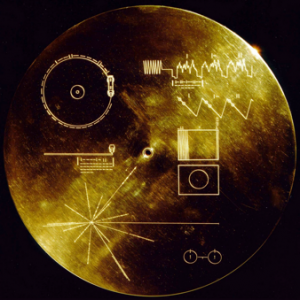 Deep down inside we humans have always known we’re part of mysterious, marvelous, and greater realms than are apparent within our immediate surroundings and press of current circumstances. The ancients looked up and beheld with wonder this greatness staring us in the face – the night sky bespeckled and brilliantly alit with nodules of light moving around the sky in surprising and then revealing patterns for the sun, moon, and stars. Later we discovered what are the nebulae up there (galaxies) and we realized there are other planets swinging in their celestial arcs across our fields of view! Surprise and then revelation! They knew that on this terrestrial surface of life seasons come and go. They realized what happens here on the ground is related to the movements of the “heavens” above. They were also attuned to how our bodies had their own seasons and patterns.

We now have the most ancient artifact depicting these relationships of life on the ground and up in the sky. This artifact is called the Nebra Sky Disk. We are one. We exist within ever-unfolding patterns within and around us. Paul in Acts 17:28 wrote about the unknown God in whom we “live, move, and have our being.” The Athenian’s ears pricked up upon hearing such familiar words. The Living God was revealed. The ancient ones knew we live, move, and have our being within this enveloping wholeness that is surprising and revealing. This sky disk depicts the sun, moon, stars, the Pleiades, and maybe two markings for viewing the solstices. One writer shared that viewing this object is very emotional and it’s allowing us to peer into the minds of ancient folk for whom there is no written record.
Carl Sagan hoped that others in deep space might be able to decipher the various encoded messages that would surprise others by revealing the minds and ways of we humans. Two satellites, Voyager I & II, are zipping along with a least one of them recently still having its batteries intact. They both contain this “Golden Record” of who we are and what we want to communicate about our humanity, planet, position in the known universe, and our way of life.

We are always in all things interrelated to ALL of life. We are only at the beginning of our adventure into discovering what it means to be human. Instead of reeling in reaction against the massive changes and discoveries unfolding rapidly (like mRNA vaccines and how to use the internet for good ends blessing life), may we learn and re-learn how, by the power of the Living Christ, to love wisely and justly. This fullness of God’s Spirit enables us to attend to the needs of ALL life by allowing and seeking the venture into surprise and revelation. Aware deeply of these capacities, we can experience Sacred Source causing us to look into and live within new spaces and ways of being human together honoring ALL persons! The banquet table of God, open to all, surprises and reveals so much.
Attuned to greater realms and our deeper source, the holy and eternal, ignite. Within this birthing we live, move and have our being.
Pastor Curt 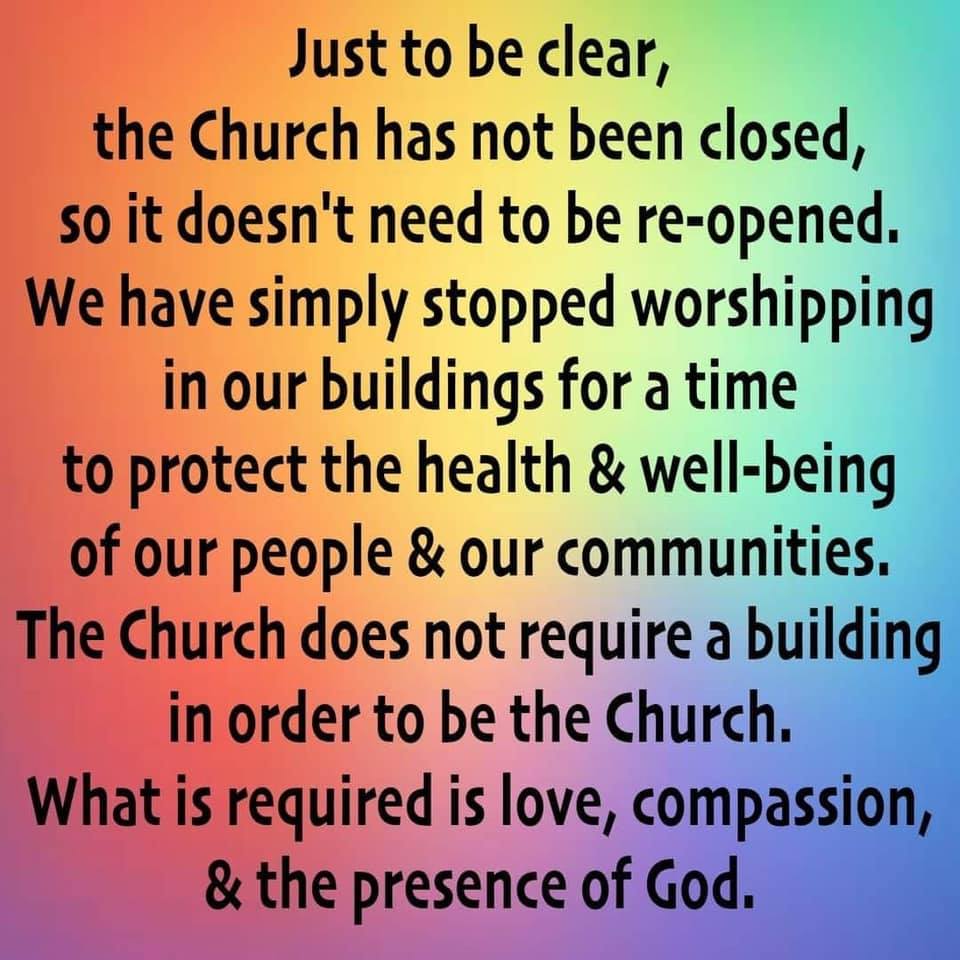 Come and See for Yourself 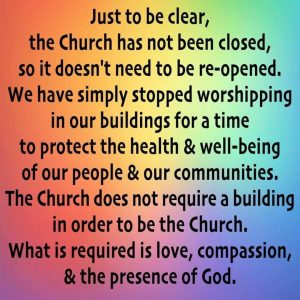 The church is currently closed for in-person worship due to the coronavirus pandemic.

At this time we are streaming Sunday Worship @ 10:15 am on Zoom and our Facebook page .

We have not determined a date for resuming in-person worship.  A church team is continually assessing the situation to ensure that we are safe before we return to indoor services.